EVVF is a member of the World Vovinam Federation (WVVF). 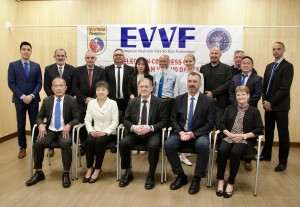 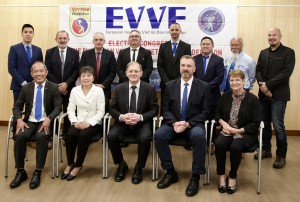 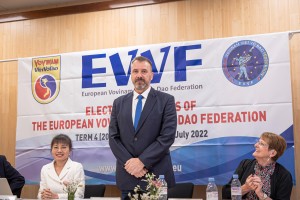 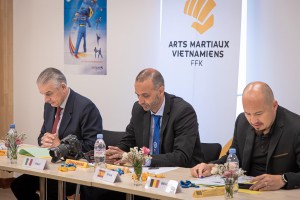 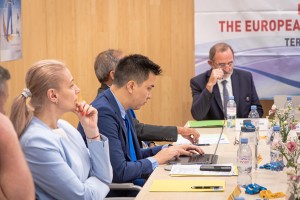 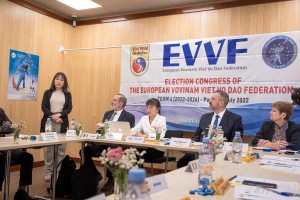 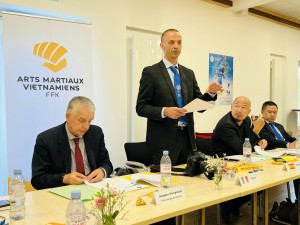 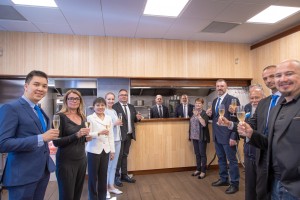 At the EVVF Congress held in 2016, decisions were taken for continuing and completing the regulations regarding all the activities inside the EVVF.
The Regulations Commission has the main role in this process, and it should ensure the coordination, communication and coherence between
all other EVVF commissions, while keeping a unitary vision.

Also the general lines for the development of the EVVF for the term 2016-2020 were decided, the main objectives being technical development,
competitions quality and marketing strategies and actions.

The Technical Commission will ensure the implementing of technical program following Vietnam’s guidelines by organizing seminars for technical
uniformity at European and also at country level.
Improvements are to be made especially in regard of technical materials production and distribution – brochures, books and videos, as a support
for a unitary development.

Organizing sport competitions of high quality level and ensuring a competitive and fair environment is one of the main goals of our federation.
The Referee Commission, Competition Commission, Disciplinary Commission and Anti-Doping Commission, by coordinated actions should answer to
the needs of participants, athletes and coaches and their supporters alike, but also to the grand public.

An important project coordinated by the Marketing and Promotion Commission is the EVVF Magazine.

A special attention will be given for the specificity of development inside Europe, taking into account the diversity of cultures, customs and
concepts of the existing and future country members. 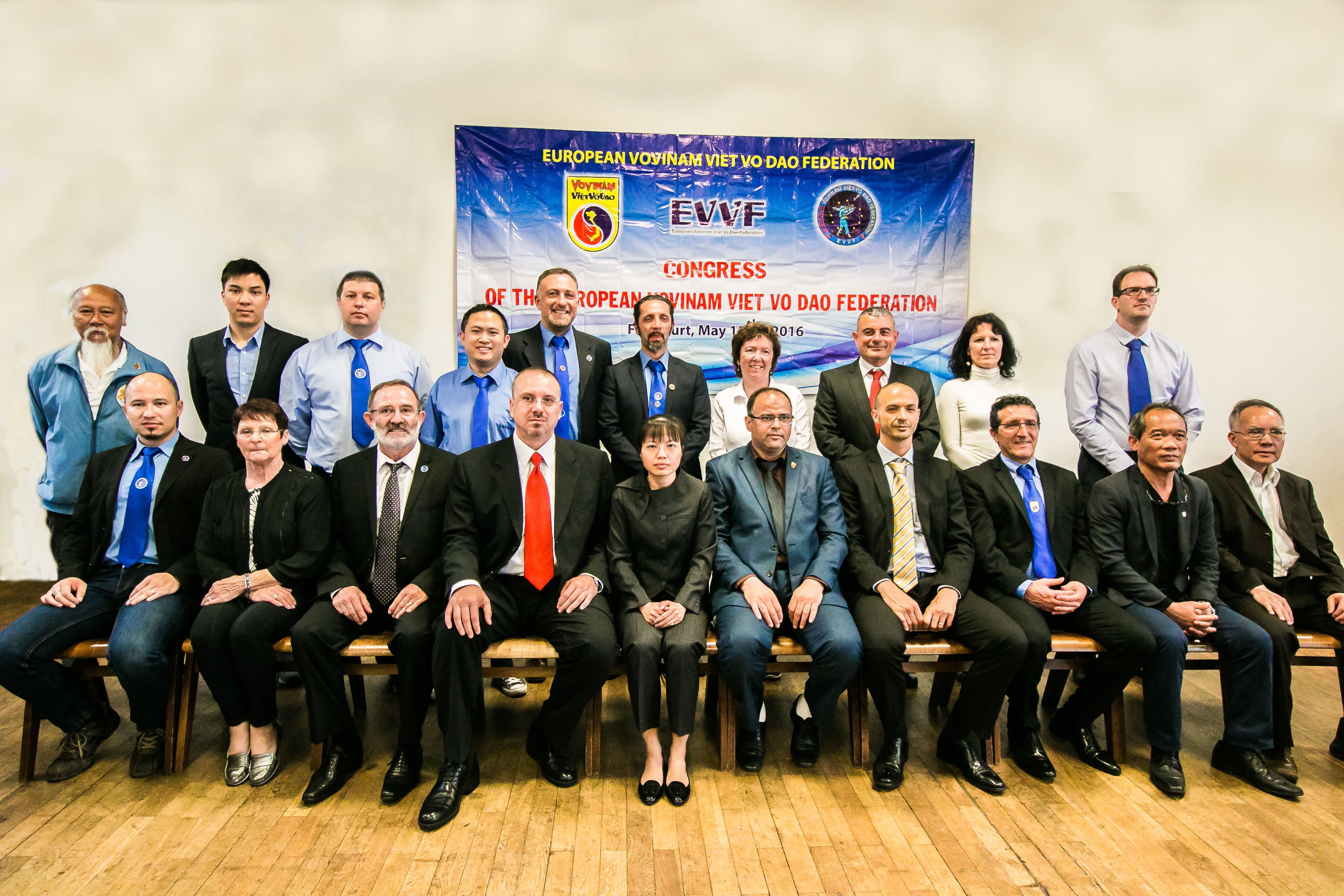 According to the EVVF Congress held in 2013, it was approved a program to sustain the development of Vovinam Viet Vo Dao in Europe.

The vision of this program was: ”the masters, the high belts and the ones with great heart for Vovinam are putting together their skills in the benefit
of the children and youth who are practicing Vovinam Viet Vo Dao, for developing Vovinam in the existing countries and in new countries, under the
principle of unity”.

In this perspective, there were established short time steps (developing tools for sustaining the activities, clarifying and developing the functional
procedures, taking care for the organization of European Championships) and medium and long-term steps (introducing Vovinam in new European
countries, clarifying the situations with different Vovinam groups outside the EVVF, efforts to attract resources to sustain the development efforts).

For this, an action plan was put in work for different directions – technical, referee, competition, marketing & promotion, regulations, disciplinary,
administrative and financial approaches. 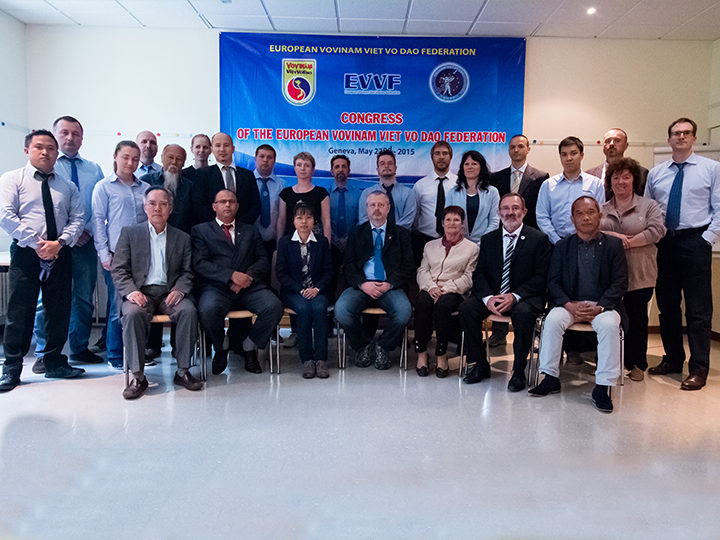 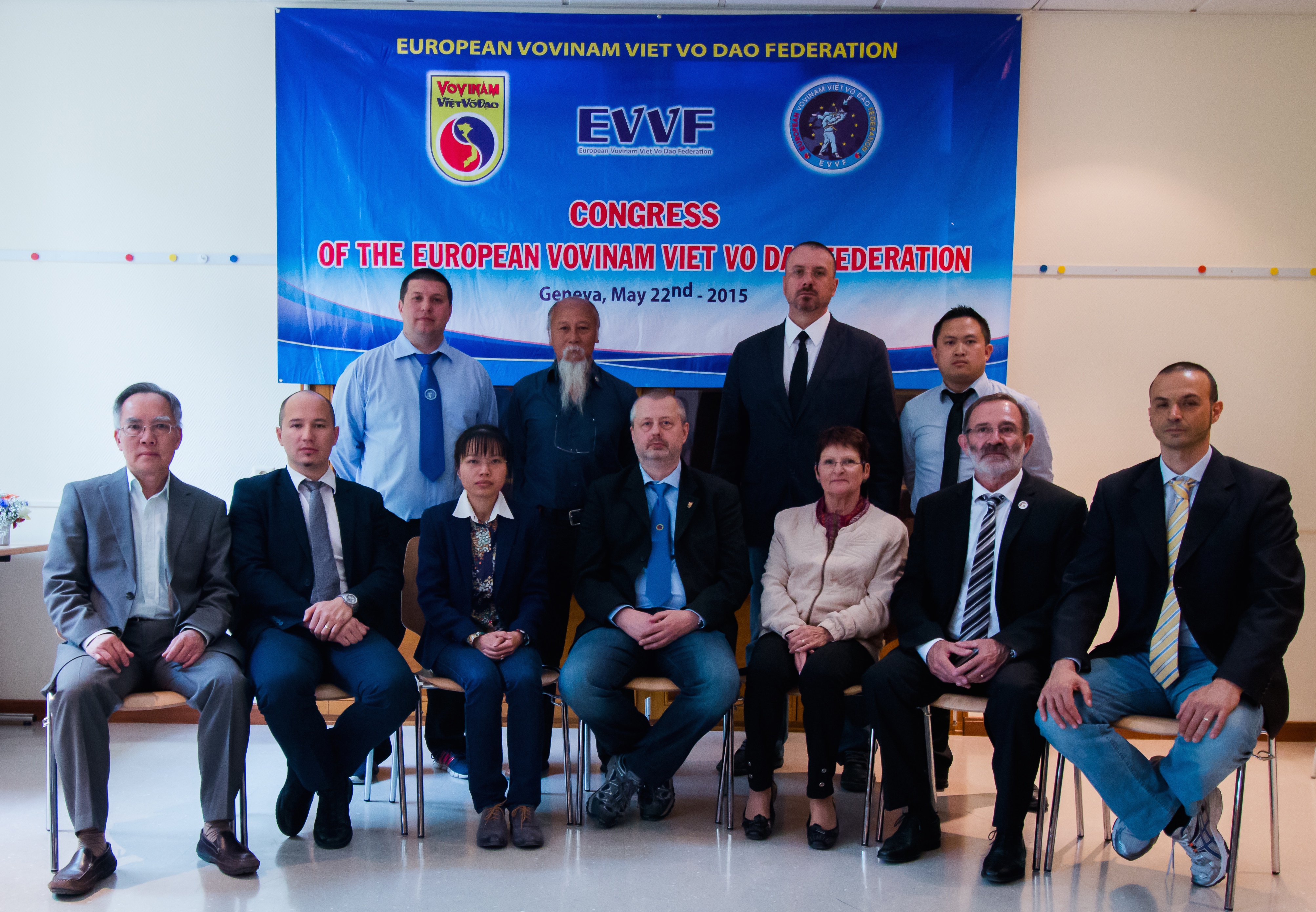 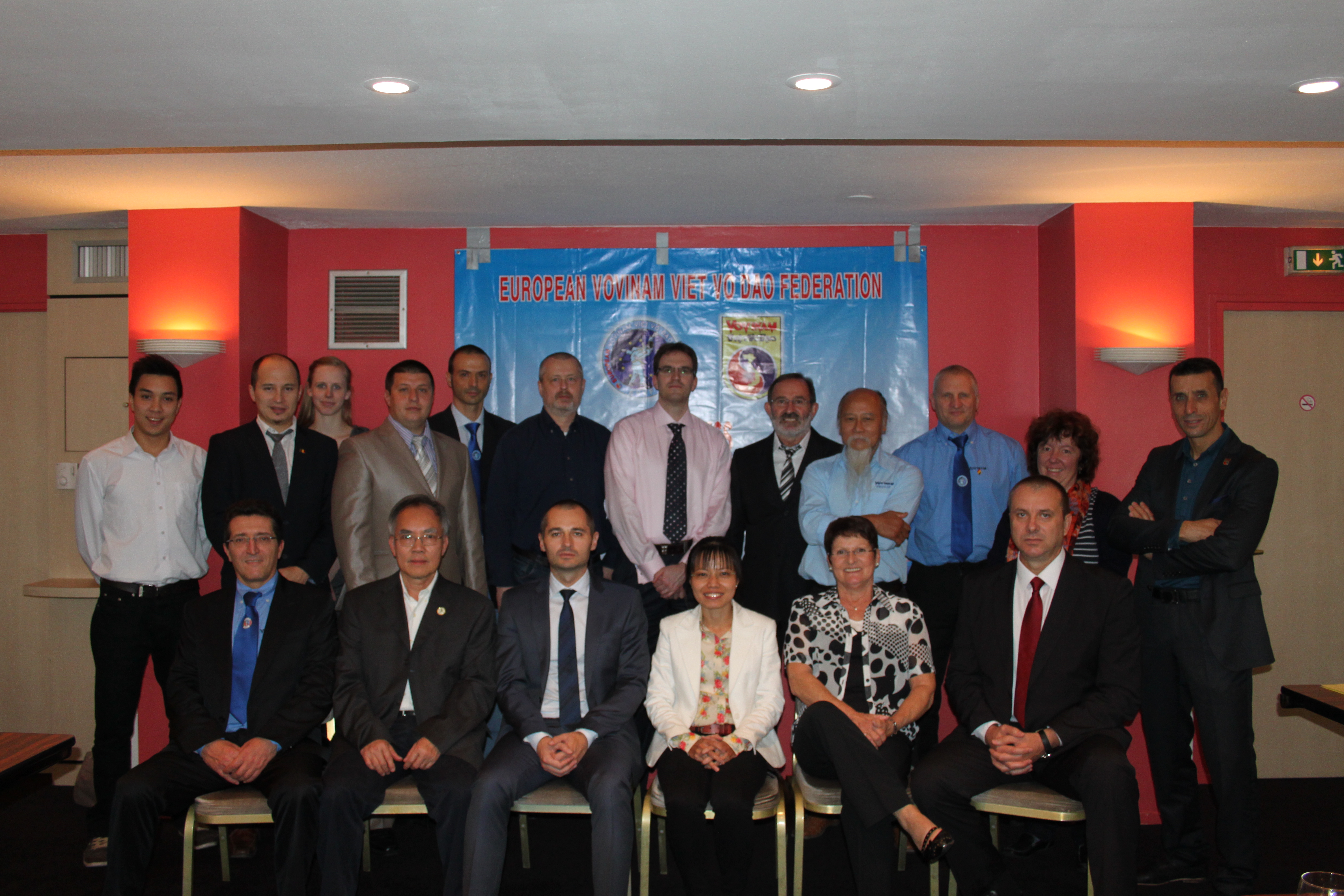 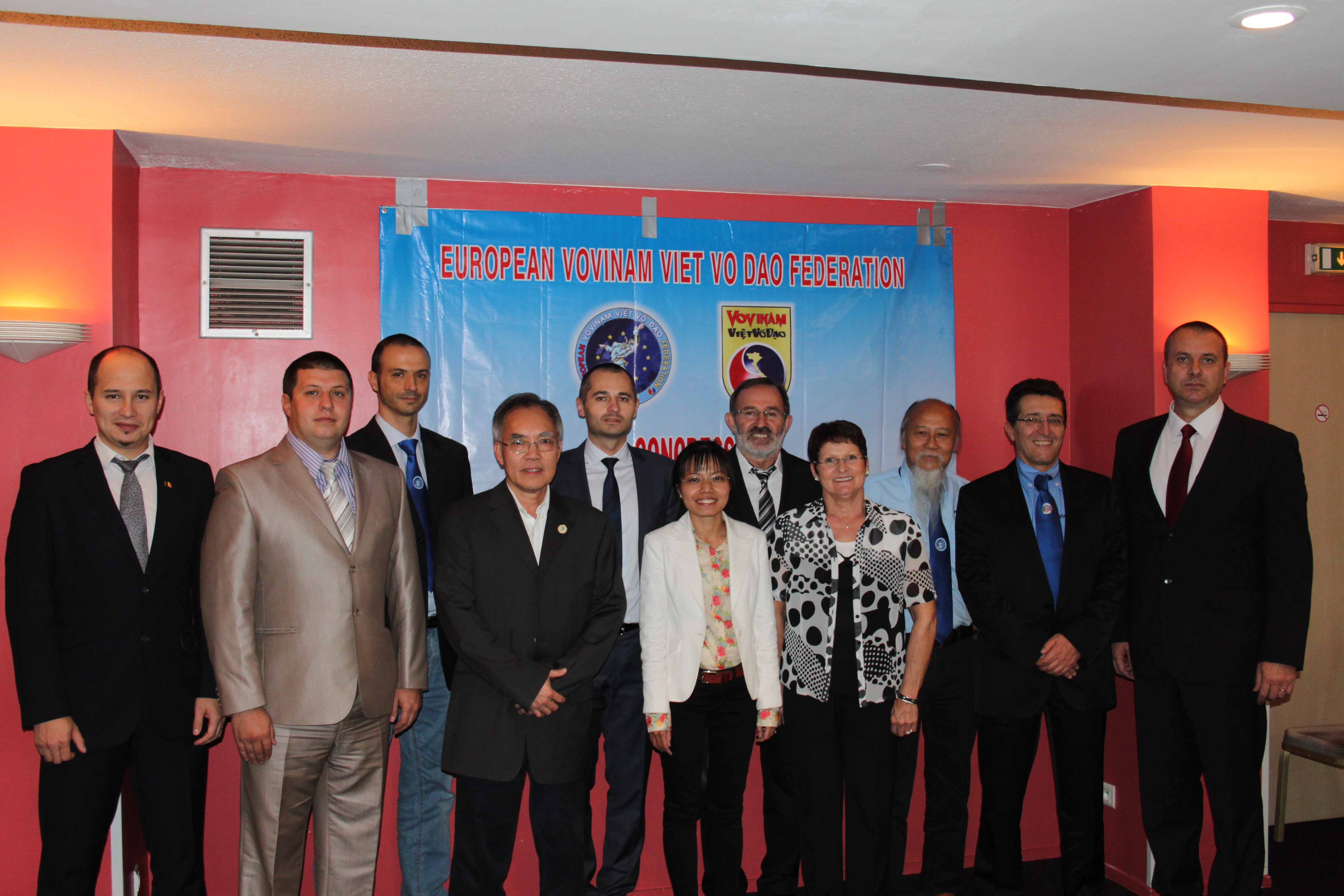 EVVF – European Vovinam Viet Vo Dao Federation was created in October 16, 2010, in Paris, where the representatives of Belarus, Belgium, Denmark,
England, France, Germany, Italy, Poland, Romania, Spain and Switzerland, and in the presence of Grand Master Nguyen Van Chieu, decided to set up
under the EVVF the development of Vovinam Viet Vo Dao in Europe. 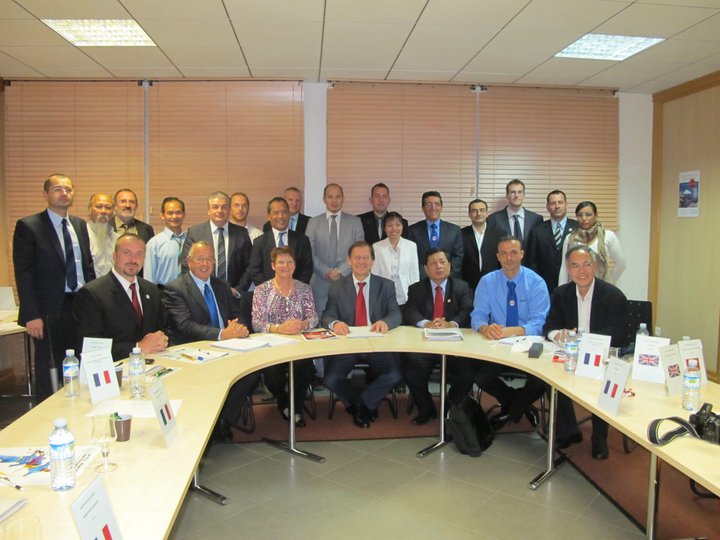 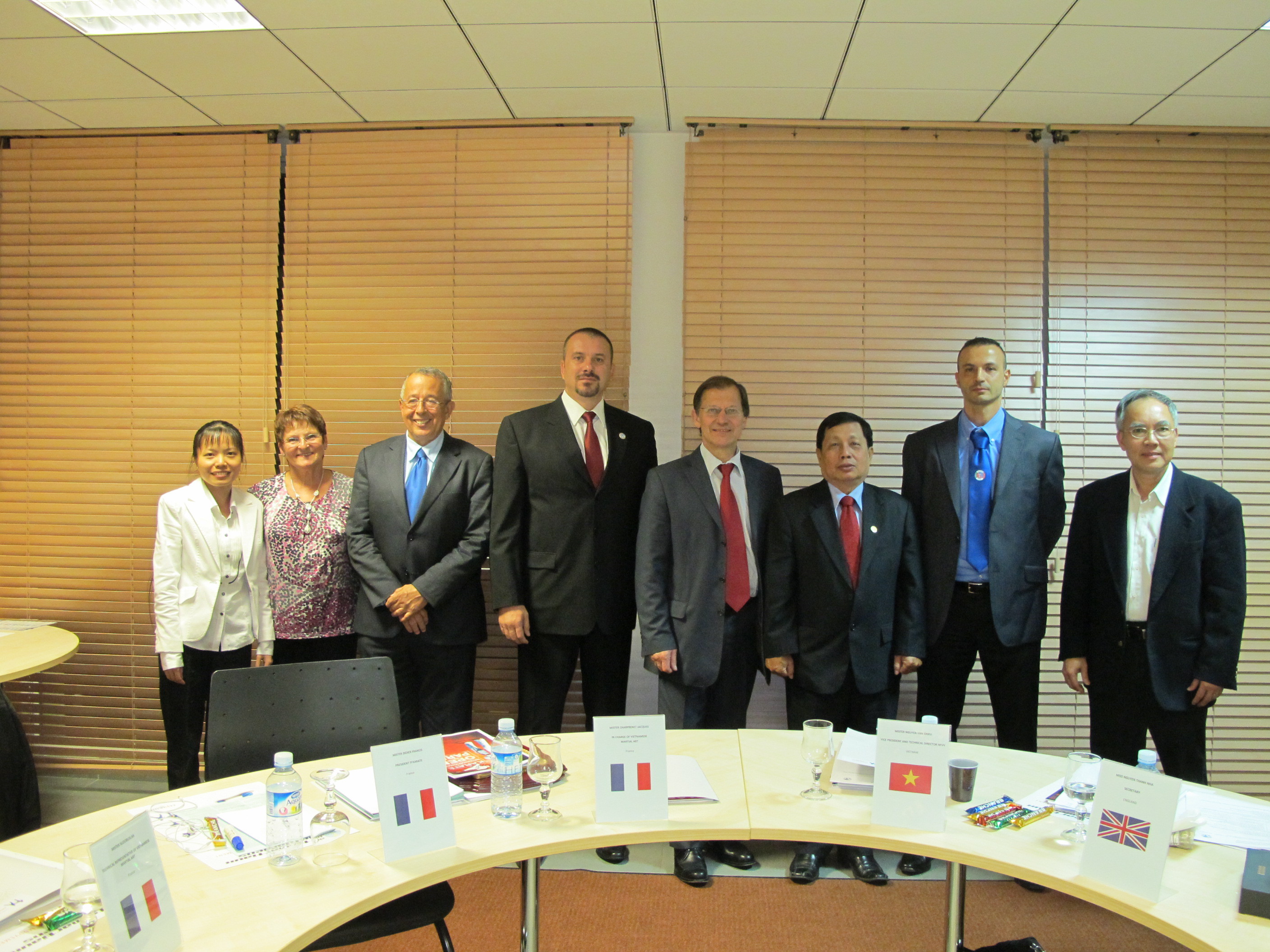